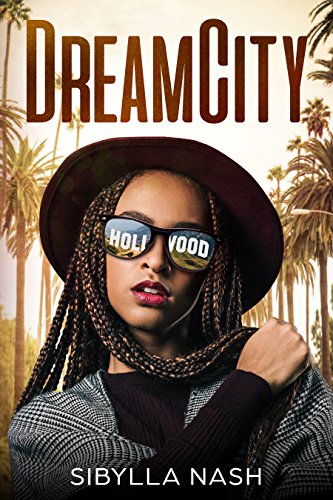 Hitting it big in Hollywood isn’t what it seems.

When Adrianna arrives in Hollywood to start her new life, she has one goal in mind – to become a star. With no money but plenty of dreams, she’s determined to find the perfect role.

After romantic hiccups, betrayals, and tragedy, Adrianna falls in love with an A-list producer in the unlikeliest of places. She soon realizes that love, like her dreams of stardom, isn’t quite as simple as it seems. Struggling to find her place in a cut-throat industry while she navigates the rocky road of love, Adrianna’s troubles only go from bad to worse.

As the difficult decisions begin to mount, Adrianna is faced with a question that could make or break her career – how far is she willing to go to achieve her dreams?

Written in a diary format and providing a wry and often humorous look at the classic stardom story, fans of romance and compelling characters will adore DreamCity.

"If your world is surrounded by too much drama and you want to escape to someone else's life than DreamCity is the book for you! Adrianna Whittaker's world is self-centered, fun, sexy, selfish, painful, up, down and all around. Her troubles are real, ridiculous, and heartwarming all at the same time. Reading her diary every day makes her extremely real to me. I wonder if I'm standing next to her on the street everyday. Sibylla Nash has done a great job in bringing her to life."
— Lisa S J, 5-star review
"DreamCity will have you talking back to the book. You will hate, love, feel sorry and then hope for the best for the self-involved Adrianna and her friends."
— Sherry, 5-star review
"I work in Hollywood and thought the observations of some of the players (actuals and wannabes) were quite on target. Loved the whole Genx X angst. It's something about reading a book in diary format that makes you feel like you're getting the real skinny on things. In DreamCity, you feel like you're peeking over Adrianna's shoulder."
— Josslyn Smithwick, 5-star review